At a special education event at the end of March, Apple introduced a new sixth-generation 9.7-inch iPad. It offers faster performance, support for the Apple Pencil and a few new camera-related features. 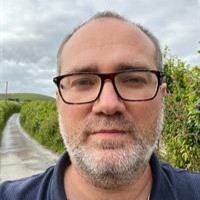 For the most part, the new sixth-generation iPad is the same as the fifth-generation model it replaces. The physical dimensions are unchanged, so existing cases and accessories should continue to work. It comes in the same three colours: silver, gold, and space grey.

What sets the sixth-generation iPad apart from its predecessor is its support for the Apple Pencil, which was previously restricted to the iPad Pro, which started at £619. Thanks to a high-resolution touch sensor in the iPad’s Retina screen and palm-rejection technology, you can now use the £89 Apple Pencil with compatible apps. As with the iPad Pro, the Apple Pencil is sensitive to pressure and tilt so you can vary line weight and shading, as you would with a traditional pencil.

Also new in the sixth-generation iPad is Apple’s A10 Fusion chip, with its embedded M10 coprocessor. The company claims that the new processors provide up to 40-percent faster CPU and 50-percent faster graphics performance.

The extra performance may also be related to the iPad’s new camera capabilities. Unlike the previous iPad, the sixth-generation iPad can take Live Photos. It also supports body detection in images along with the face detection. Also new is the Retina Flash feature that turns the screen into a giant flash when taking selfies.

If you haven’t been using Pages, Numbers, and Keynote on the iPad, the latest updates may encourage you to try Apple’s iWork apps. They’re available for free in the App Store. The three apps allow you to draw, sketch, and write directly within documents. Apple’s Smart Annotations feature (currently in beta) anchors your comments and proofing marks dynamically to text, and stay with the text they were attached to even as the document changes.

Smart Annotations are ideal for anyone using the real-time collaboration features built into the iWork apps. For business users, Apple also announced that the collaboration features now work on documents stored in the Box file sharing service. Previously they were available only for documents stored in iCloud, which has much lower adoption amongst business users.

The main challenge so far has been trying to keep the kids away from the new iPad. The Pro was strictly off-limits to sticky fingers. Having bought a robust case with built-in keyboard, it’s been great letting them get to grips with using the pencil. They got the hang of things quickly.

You certainly notice the speed improvements straightaway, switching between apps is fast. And the pencil works just as well on the 9.7″ screen as it does on our full-size iPad Pro. There are still only two speakers, but the sound quality is perfectly functional for most.

The battery life was good and whilst we haven’t tested it fully, 10 hours seems a fair estimate of what to expect. It would have been good to see the anti-glare coating on this version. It also it lacks the Smart Connector from the iPad Pro, so any keyboard needs to be paired via Bluetooth.

Having said all that, we feel the new iPad is a great option for business users. Especially if you’ve been wanting to use the Apple Pencil, but have an eye on the budget.

Now is a good time for a Tech Re-think

The Dr Logic Guide to some of the coolest tech around this year.

We're so pleased to welcome #Armakuni aboard today as a new customer - providing their IT support and device management 🎉.